ClickFunnels Pricing: Get The Best Deal In 2020 - Performance Funnels

ClickFunnels Pricing: Get The Best Deal In 2020

The ClickFunnels pricing features two options only. While that seems pretty straightforward at first glance, there’s actually more than meets the eye!

If you are thinking to yourself: “How much does ClickFunnels cost?” and “How can I save on ClickFunnels?”

You are in the right place.

In this ClickFunnels pricing article, I will cover the following topics:

Get the Free 14 Day ClickFunnels Trial

Before diving deeper into the best deals for ClickFunnels, I’m going to show you how the new ClickFunnels pricing structure works.

That way, you will know what works best for you later on.

If you want to know what ClickFunnels can do, read this article here!

In the coming months, ClickFunnels will be unveiling a new tier to its pricing structure called ClickFunnels Collective.

Not advertised is the Share Funnel plan at $19 per month, but it’s fairly limited. Later I will tell you what it is best for.

Here’s the ClickFunnels pricing table for a quick 180-degree view comparison of what each plan will get you:

Want to know how ClickFunnels stack up as a sales funnel builder?

The most basic ClickFunnels plan gives you up to 20 funnels, 100 pages, and 3 custom domains and accommodates up to 20,000 visitors.

This ClickFunnels plan is perfect for small businesses and entrepreneurs who are looking to handle a handful of sales funnels.

I started with ClickFunnels a few years ago on a basic plan.

Though I didn’t really need much back then, my biggest gripe with it is the lack of follow-up funnels, which supposedly enables you to retarget or reconnect with your audience even after they abandon your funnels.

That would have been a game-changer for me.

Nope. It comes with a bunch of bells and whistles.

But, Actionetics and Backpack are the major features that come along ClickFunnels Platinum.

Actionetics is a powerful marketing automation tool of ClickFunnels that allows you to set up autoresponders and run highly-targeted email marketing campaigns.

If you have other email marketing software, Actionetics supports the integration of third-party tools such as MailChimp, Aweber, GetResponse, ConvertKit, Drip, and HubSpot.

The Backpack tool of ClickFunnels is another crucial feature for the more advanced user. It allows you to create your own affiliate program.

This is actually the easiest way to incentivize an army of followers to sell your products or services and eventually expand your business’ reach.

ClickFunnels Platinum is the best plan for medium-sized businesses as well as small businesses that are looking to scale up.

If you are planning to expand your affiliate marketing business or make money off ClickFunnels, this is the no-brainer plan.

This is basically level-up automation as it allows you to connect with your audience via SMS or email, even after they leave your funnel.

Truly invaluable to turn your customers into repeat buyers.

A panel of experts will walk you through the steps of building a successful sales funnel from the ground up.

ClickFunnels has a fantastic, huge community of super helpful users who you can connect with and learn from.

Though available in the standard plan, ClickFunnels Platinum gives you VIP access to the forum.

Funnel Flix is a new ClickFunnels feature that gives you access to a vast library of resources.

Think of it as the Netflix of business and marketing video content.

Huge! I know, because it really is.

But as a ClickFunnels Platinum subscriber, you can get more exclusive content from top marketing and personal development gurus.

Additional content (valued up to $25,000!) includes courses and training modules on business strategy, copywriting, peak performance, and so much more.

Now this one’s not advertised on the ClickFunnels pricing page.

Basically, the Share Funnel only plan is designed for people who want to try out building sales funnels for their product or service but ARE NOT ready yet to go all-in with the more expensive plans.

With the cheap pricing comes a tradeoff — it’s very limited.

The Share Funnel plan gives you 3 funnels and 10 pages only.

And you cannot use the share a funnel feature that allows you to generate a unique share link for your funnel that you can directly share with your friends, family, or even clients.

You can only avail the Share Funnel plan by ticking a checkbox along the billing process.

ClickFunnels has yet to open the ClickFunnels Collective plan on an unknown date (which I suspect by the first quarter of 2020).

But if you are looking to bring your affiliate marketing game to the next level, I reckon you would want to hear about it.

What we know so far about the ClickFunnels Collective plan is that it’s packed with high-ticket training.

ClickFunnels has, in fact, partnered up with financial media giant Agora Publishing to deliver sales copywriting training as part of this plan.

If you don’t know who and what Agora is…

It’s home to the highest-paid copywriters in the world who are responsible for over $1 billion in sales annually just by selling financial newsletters alone.

Right now, ClickFunnels Collective might not be attractive, but I’m pretty sure ClickFunnels has a lot in the pipeline to make all worth it.

That’s for us to find out real soon…maybe January 2020?

ClickFunnels has an ecosystem of products that will help you become better at navigating it — both around the software and business side of things.

What makes these additional ClickFunnels products attractive is the opportunity to earn from them through affiliate commissions.

Here are some popular ClickFunnels products that you can also purchase with ClickFunnels:

The One Funnel Away (OFA) Challenge is a 30-day training program hosted by ClickFunnels CEO Russel Brunson alongside ultra-successful ClickFunnels affiliates Julie Stoian and Stephen Larsen.

For a modest investment of $100, the month-long challenge will walk you through the steps to launching a successful sales funnel — from building a sales funnel to creating a sales offer up to the promotion of your funnel.

As an affiliate, you will get a 100% commission per sale on the One Funnel Away Challenge.

I have tried the OFA Challenge myself, and I cannot recommend it enough!

Read my full One Funnel Away Challenge Review here.

No matter how good a product or service is, without a compelling sales page, opt-in form, or ad, sales will be elusive.

If hiring a sales copywriter is not an option right now, you can take matters into your own hands.

This is what Funnel Scripts is for — to help you write a high-converting copy for your product or service.

For $497 per year, Funnel Scripts gives you access to a variety of proven and tested scripts for different businesses and situations.

You can choose a script, fill out blanks accordingly, and decide afterward whether you want to use it as it is or modify it.

As an affiliate, you will get a 40% commission per sale on Funnel Scripts.

Learn how to make money off ClickFunnels Affiliate Program.

DotCom Secrets was the first book Russel wrote and released, selling over 200,000 copies around the world.

It’s one of the best books you can ever pick up if you are serious about becoming a triumphant internet marketer.

I myself learned a lot of things about becoming profitable when I first read it in October 2015. I never looked back since!

But, make sure to check out ClickFunnels because Russel sometimes gives it away for free — you only need to cover the shipping charges.

Expert Secrets is the follow-up to DotCom Secrets and centers on creating an army of loyal customers for your product or service.

My favorite Expert Secrets lesson is using storytelling as leverage to hook your audience from start to finish.

The book costs $15.89 on Amazon, but you can also get it for free if you take care of the shipping.

Software Secrets is written by Garrett Pierson and Scott Brandley, while Russel wrote the foreword.

If you have ever wanted to launch any software, this book is for you.

Both Garrett and Scott have launched several million-dollar software businesses, and they will teach you how you can do it as well.

While there are no promos for the standard ClickFunnels plan apart from the 14-day free trial, there are some bundles that you can take advantage of.

If you are looking for the best ClickFunnels deals in 2019, I’m glad to inform you that ClickFunnels still offers big discounts for other bundles, particularly the Funnel Builder Secrets.

If you are ready to go all-in with ClickFunnels regardless of the cost, then you should take a look at the three Funnel Builder Secrets bundles:

Now, if ClickFunnels has already been part of your passive income generator, it might be the right time to up the ante and go big with ClickStart.

ClickStart is an onboarding program of ClickFunnels.

In this program, you will hop on a one-on-one coaching call once a week for eight weeks to teach you all the ins and outs of ClickFunnels and the most crucial features that you should be using.

But if you really want to be serious about making a living off creating or selling funnels or promoting products and services, then this is honestly worth considering.

The Funnel Hacks bundle costs $997 upfront, and it includes:

Not bad at all!

ClickFunnels — as far as I can remember — has not offered discount promos on its standard and full suite plans.

However, it does offer bundles that merit customers big discounts and more bang for the buck.

If you are really keen on saving a couple of bucks, there’s only one best way to work around the ClickFunnels pricing.

Mind you, you have to spend a bit more upfront.

The best ClickFunnels deal is to buy the 12-month Funnel Builder Secrets bundle.

The $2,997 upfront price might be expensive, but this gets you free access to ClickFunnels Platinum for 12 months.

That on top of the other stuff in this bundle, such as Funnel Hacks Masterclass, Funnel Builder Secrets training, 12 months free access to Funnel Scripts, and Traffic Secrets membership.

That’s it for this ClickFunnels pricing article!

I hope you’ve got an idea on which ClickFunnels plan or bundle best suits you. 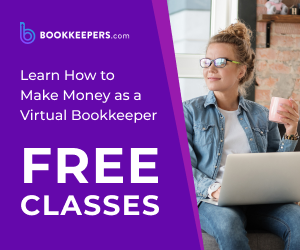 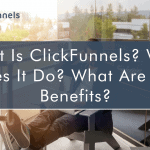 What Is ClickFunnels? What Does It Do? What Are The Benefits? 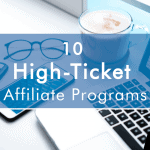 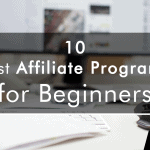 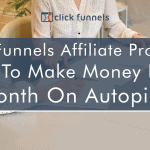 ClickFunnels Affiliate Program: How To Make Money Every Month On Autopilot 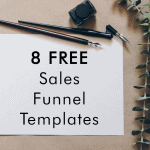